HOUSTON, TX, December 17, 2013 –  Fugitives determined to escape punishment in the great state of Texas should think twice. There’s a brave force of law enforcement officers known as the U.S. Marshal Service who will be right on their tail no matter where they go. This winter, TNT captures the drama of tracking down and bringing in hardened criminals in the powerful new unscripted series Marshal Law: Texas. Produced by Warner Horizon Television, Jerry Bruckheimer Television (JBTV) and Megalomedia Inc., the show premiered on Nov. 26 and has already been met with rave reviews so far.
Check out the exciting trailer on YouTube:  https://youtu.be/fqI9AmjPNm8
In Episode 4 premiering next Tuesday, Dec. 17, at 10/9c Houston Plastic Surgeon  Franklin Rose, MD comments on the circumstance of an individual requiring emergency facial reconstruction following an attack. Jerry Bruckheimer productions consulted with Dr. Rose for his expertise in the area of facial reconstruction.

World-famous facial-reconstruction expert Houston Plastic Surgeon Dr. Franklin Rose will be featured in an upcoming episode titled: “ Fifty Stabs” premiering next Tuesday, Dec. 17, at 10/9c. Show synopsis: “To track down a wanted gang member, DUSM Natalie Garza pictured above decides to make things personal. DUSM Juers assists in the case of a teen on the run after stabbing his mentor 50 times, while DUSM Max Pinon pays an early morning visit to a woman who threw acid in a family member’s face.”

Marshal Law: Texas centers on the elite Southern District of Texas, U.S. Marshals Service Gulf Coast Violent Offenders and Fugitive Task Force in Houston, TX which includes U.S. Marshals working with personnel from the Houston Police Department, Harris County Sheriff’s Office, Texas Department of Criminal Justice-OIG, Texas Department of Public Safety, Texas Attorney General’s Office, Harris County Constable’s Office Precinct 4 and other law-enforcement agencies. The series, which is produced with the cooperation of The U.S. Marshal Service, follows these dedicated officers as they track down extremely violent offenders, serve warrants and go on the hunt for some of America’s most wanted criminals.

Fugitives determined to escape punishment in the great state of Texas should think twice. There’s a brave force of law enforcement officers known as the U.S. Marshal Service who will be right on their tail no matter where they go.

Dr. Rose an expert in facial reconstructive surgery is also the father of Reality TV star & lawyer Erica Rose. And he is a frequent guest on television especially when an expert is needed to explain the complexities of cosmetic surgery. Dr. Rose has appeared on numerous local and national programs including Dr. Phil, E!, and Anderson Cooper.
On the December 17th episode of Marshal Law; Dr. Rose gives on screen commentary provides on-screen commentary for a local case involving an acid attack.
From CultureMap:
“It’s a crime of passion,” Rose tells CultureMap. “The victim has hydrochloric acid thrown in her face. It’s a horrible act and the other woman who did it, a family member, was never indicted.”
Rose says he’s been asked to discuss the circumstances surrounding the victim’s emergency operation, shedding light on different techniques used to treat scarring as well as possible respiratory and auditory issues.
“While the whole concept of cosmetic surgery is very captivating to the public, there’s so much more to the field,” Rose says, noting that the episode will present aspects of plastic surgery not often seen on television.
Be sure to catch Dr. Rose on Marshal Law: Texas this Tuesday at 9 p.m. on TNT.
Read the full story about Dr. Rose on Marshal Law: Texas on culturemap 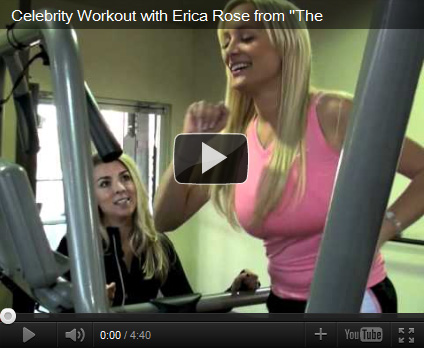