UPDATED: You can review the segment featuring Dr. Franklin Rose with Gina Gaston on ABC’s website here: https://abc13.com/news/famed-houston-surgeon-helps-bachelor-contestants-/1201557/ By Gina Gaston
ABC’s The Bachelor is one of the most popular shows on TV. Loyal viewers tune in every week to see who will or won’t get the final rose. But there is a very different kind of “rose” that is helping to shape contestants lives and looks long after they leave the show. His name is Dr. Franklin Rose, one of Houston’s best known plastic surgeons.

Lauren came to Dr. Rose with a goal. She wants to be a contestant on the Bachelor. She is opting for liposuction under her chin, legs and abdomen and a Brazilian Butt Lift in the hopes of landing a spot on the show.
.

“So after they ‘lipo’ they take some of that fat and inject it into the top part of the buttocks,” said Lauren. “It will give me the look of a Kim Kardashian butt; just not as big.”

.
It’s no accident that she chose Dr. Rose as her plastic surgeon. He’s been publicly credited with operating on several Bachelor franchise contestants.

“Star magazine has anointed me if you will, the official plastic surgeon to the Bachelor franchise.” said Dr. Rose.

“Operating on the Bachelor contestants is no different than the vast majority of patients that we operate on,” said Dr. Rose. “Plastic surgery is a real boost to self-image and self-esteem.”

Dr. Rose’s connection to the Bachelor franchise began with his daughter Erica, who has appeared on both the Bachelor and Bachelor Pad. Ironically, Erica’s old room within the Rose home serves as the Bachelor Quarters.

“I make sure they have a lot of bottled water near their bedside and a kind of positive book to read next to them,” said Cindi Rose, Dr. Rose’s wife.

Dr. Rose says he and his wife have helped nurse about five former contestants following their surgeries. He says having them stay at his home makes it easier to monitor their recovery.
“If they had to pay for an after-care stay or their mothers would have to fly in, it would be more expensive. This is a way to make it more reasonable for them,” said Rose.
As Lauren prepped for her procedure she told 13 Eyewitness News that she was excited, but realistic about finding love on the Bachelor.

“I’m definitely doing this for myself, nobody else,” said Lauren. “I just I think it will help motivate me and make me feel more confident.”

Dr. Rose says Lauren’s procedure went well and she is still recovering. Fortunately for her, she has some time, since the next round of casting calls for The Bachelor isn’t until June of this year.

ORIGINAL POST FOLLOWS:
HOUSTON, TX; February 11th, 2016 – On Monday at 10:00PM, ABC 13 News; Lauren, a contestant hopeful, undergoes plastic surgery by Dr. Franklin Rose in the hopes of competing to find love on ABC’s hit show “The Bachelor.”
Lauren came to visit Dr. Franklin Rose (known for his work on the original Bachelorette Trista Sutter, Bachelor winner Vienna Girardi, Bachelor contestants Holly Durst, and Ella Nolan) for plastic surgery including liposuction along with a Brazilian buttock lift in anticipation of her trying out on the popular TV show.

For this reason Dr. Franklin Rose is noted by Star Magazine among others to be the “official plastic surgeon of The Bachelor” and the Bachelorette franchise  (Dr. Rose and his daughter Erica Rose – Star on The Bachelor Rome & Bachelor Pad were interviewed extensively by Jennifer Weiner for her Allure article on the Bachelor franchise phenomenon in “Beauty and The Bachelor”) and the Roses have transformed their guest room at their home into “the Bachelor quarters” for visiting TV stars from out of town.
Rumor has it, from inside source close to the show (Dr. Rose’s famous Reality TV daughter, Erica Rose) that MORE current and past season contestants are flying in to Houston to see Dr. Rose for surgery too.
See Lauren’s transformation after the airing of ABC’s The Bachelor on Monday evening at 10pm – we will post more pictures and video after the airdate so check back on our blog for updates! 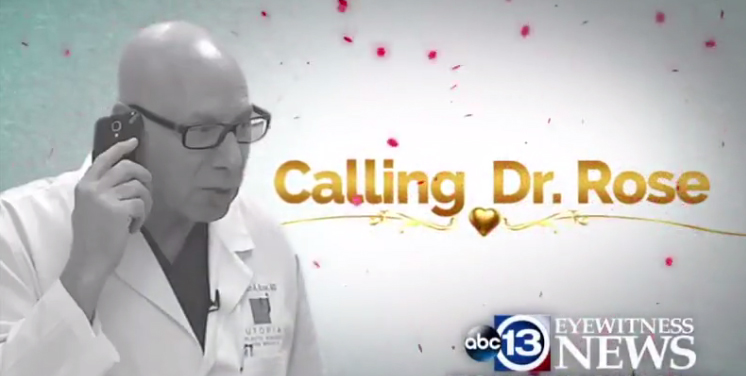 Article Name
Brazilian Buttock Lift for ABC's The Bachelor
Description
ABC's The Bachelor is one of the most popular shows on TV. Loyal viewers tune in every week to see who will or won't get the final rose. But there is a very different kind of "rose" that is helping to shape contestants lives and looks long after they leave the show. His name is Dr. Franklin Rose, one of Houston's best known plastic surgeons.
Publisher Name
Dr. Franklin Rose, MD
Publisher Logo