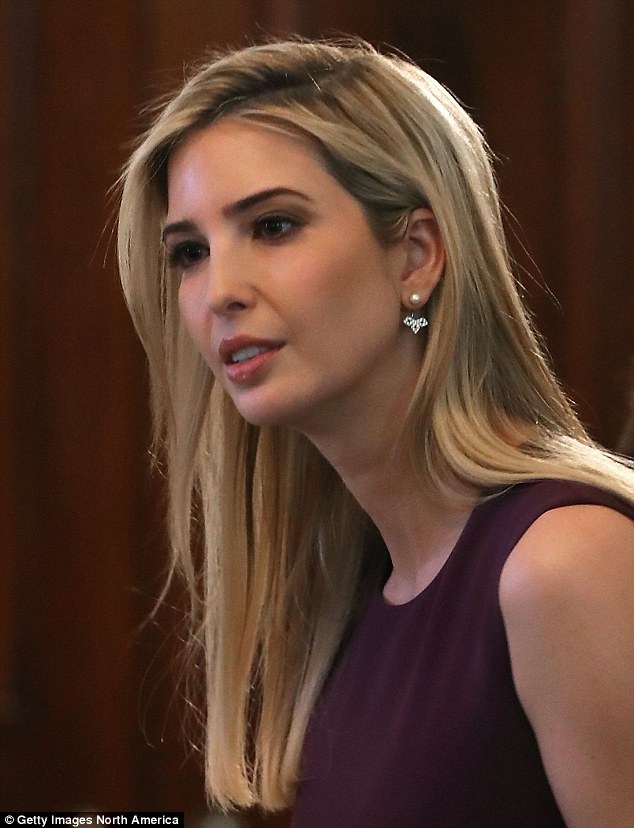 FROM COSMO: As Ivanka Trump continues to appear in the news, more and more people are reporting to want to be like her — or at least look like her.

It’s still unclear what sort of lasting influence Ivanka, an unofficial adviser to her father, will have on the nation’s policies, but if this trend continues, she might be leaving her mark in a completely different, and completely visual, way.

FROM USA TODAY: When a woman shows a celebrity picture to her plastic surgeon and says, “I want to look like her!” the face glowing on her phone might be Jennifer Lopez, Kim Kardashian, Angelina Jolie or Scarlett Johansson. And now, say some surgeons, the new star is Ivanka Trump.
And why not? “I think she’s exquisite,” Dr. Rose says.
So does one of his patients, Jenny Stewart, 37, who last summer underwent more than six hours of surgery by Rose to reshape her nose and augment her breasts. She got liposuction to harvest fat to lift her buttocks, and she got injectable fillers for her face.

(People magazine profiled another of Rose’s Texas patients, Tiffany Taylor, who spent $60,000 to look like Ivanka.)
She Googled images of Ivanka and picked three she thought exhibited the features she admired and wanted to enhance on herself: Ivanka’s small nose, the way her breasts fit her frame, and her rounded cheeks.
“I thought Ivanka was classically pretty and not overdone,” she says. “I had always admired her appearance, but then I started seeing her more often in the media. She was right there and still is. I follow her on Instagram and Facebook and I see her in my news feed.”

Jenny Stewart, after plastic surgery by Houston surgeon Franklin Rose to enhance her appearance so she looks more like Ivanka Trump. (Photo: Jenny Stewart)
.
Oh, and politics had nothing to do with it, she says: She voted for Hillary Clinton.
.
In the old days, Rose says, patients would come in with pictures from magazines — say, Playboy — and now they come in with pictures on their cellphones. In recent years, patients would say they want buttocks like Lopez’s or Kardashian’s, breasts like Johansson’s or lips like Jolie’s.

“In the last year and a half, I’ve seen several patients who came in with pictures of Ivanka,” Rose says. “The Ivanka thing is very widespread, at least in Texas.” – Review the original story by Maria Puente, USA TODAY:  https://www.usatoday.com/story/life/people/2017/03/16/plastic-surgery-requests-ivanka-trump/99225796/
FROM THE DAILYMAIL.COM: Since Donald Trump’s inauguration, Chinese companies have been lodging applications to use Ivanka’s name to sell their business. 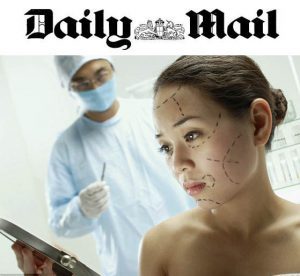 But one company in the southern city of Foshan was lucky enough to have preempted the scramble, registering their name, Foshan Yiwanka Medical Management, back before the election. Yiwanka shares characters with the Chinese spelling of Ivanka, making it a very popular business name right now. The medical center specializes in facial cosmetic surgery and also in liposuction and breast augmentation.

Women in China have been taking images of Ivanka Trump into cosmetic surgeons’ offices looking to copy the first daughter’s look – ‘Young women in China like to change their looks to copy film stars’ eyes, noses and lips,’ he said. ‘No doubt young women here want Ivanka’s big eyes, her pretty nose and lips and her flawless figure.’

However, the Chinese women looking to be the next Ivanka will have some catching up to do, as two Texan women were revealed back in November to have visited plastic surgeon Dr Franklin Rose in Houston to achieve their new looks.  He told the show they were not the first patients to come to ask for Ivanka make-overs.

‘Breasts or nose or face, she has such a pretty face shape. This is not the first patient that’s come in with a picture of Ivanka Trump.

‘She is very beautiful and she’s very poised.’ 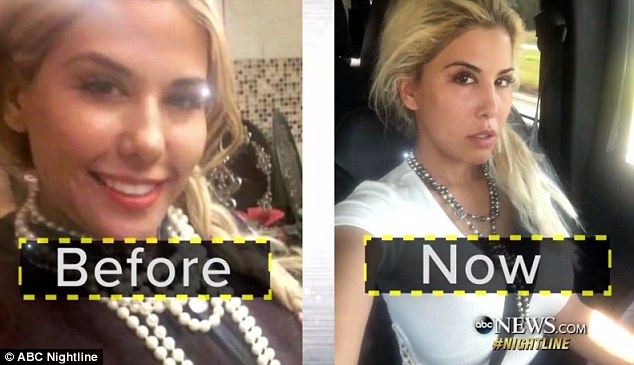 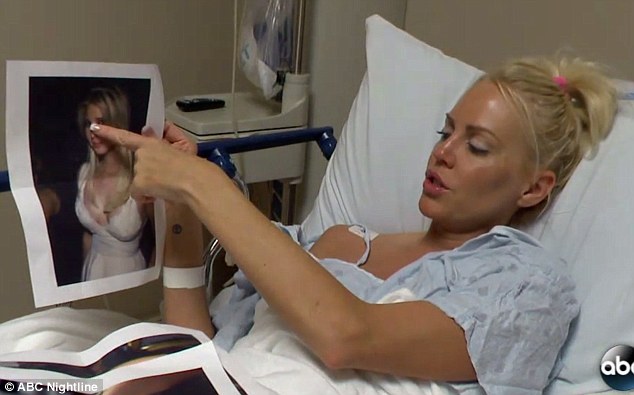 Stuart (above before her nose surgery) reviewed photographs of the 36-year-old beforehand
Dr Rose said he has had other patients requesting the 35-year-old’s look, especially her nose and breast shape

‘She’s the star of the media at the moment and she’s disarmingly beautiful.

‘You get a lot of J.Lo, everyone wants her buttocks, but over the past four months it’s been all about Ivanka. ‘Most patients under 45 come in with pictures on their cell phone to show me,’ he added.

While Ivanka’s look is revered, none have come calling to morph themselves into her stepmother Melania Trump yet, he told DailyMail.com.