Meghan Markle Plastic Surgery; Did Meghan Markle receive multiple secret cosmetic surgeries? The most recent edition of Star Magazine – on stands now – reports Meghan Markle is not only hiding the fact that she’s had extensive cosmetic work done, but she is also planning to undergo more procedures.  She strives for perfection in every area of her life. “Her nose looks narrower and more refined than it did when she was younger, it appears to have been done very tastefully. It appears she may have undergone a breast augmentation in the past as well, giving her a very shapely C-cup.” The doctor also speculates that Markle could have gotten veneers to “straighten and whiten her teeth.”

“Markle wants to maintain her “flawless image.” The insider alleges Markle will “hire a glam squad that costs up to $50,000 for special occasions” and spent “double that amount on her wedding day.”

Markle could easily slip back into acting with her newfound fame and beauty. Pick up a copy of Star Magazine ON STANDS NOW to read the story and see the before and after photos of Meghan Markle’s ”secret” plastic surgery procedures! 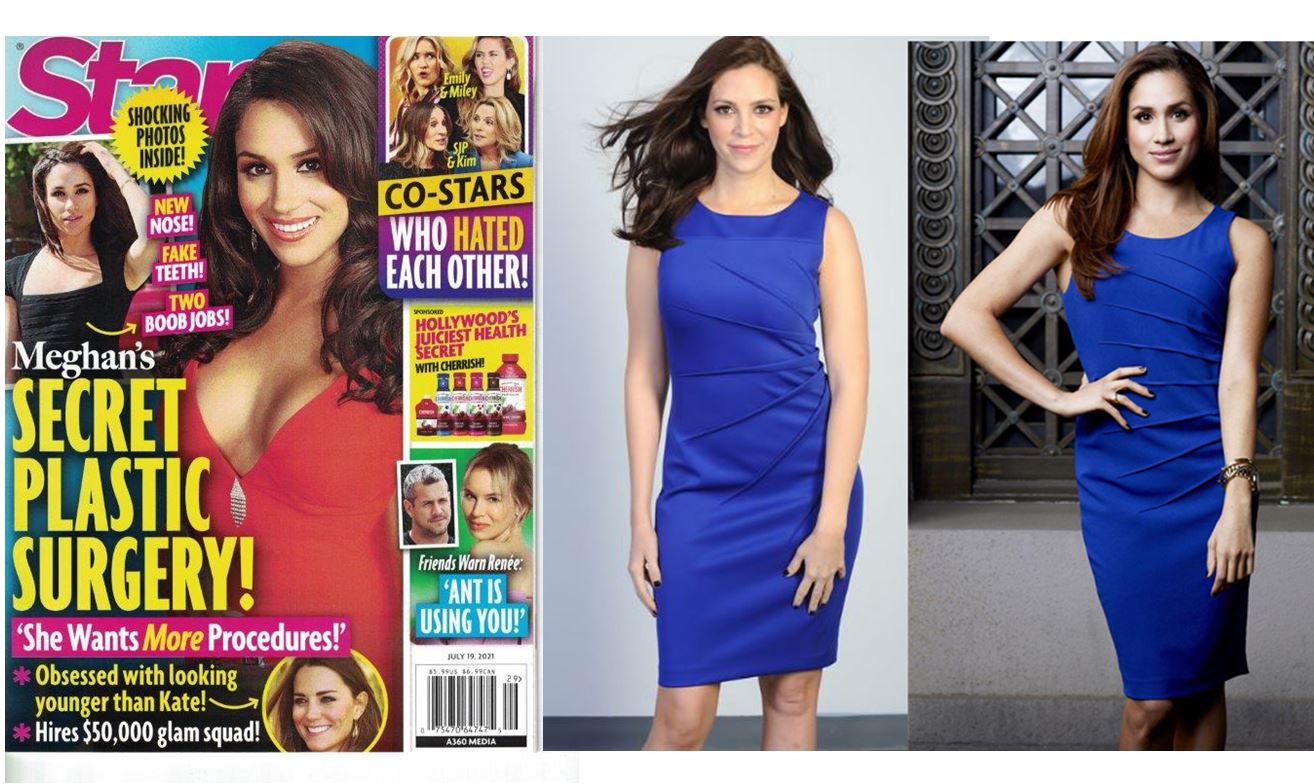 ICYMI – IN CASE YOU MISSED IT: Remarkable write-ups and interviews! Meghan Markle’s plastic surgery look-a-like Xochi is really making her ‘mark’  appearing internationally on such sites as Entertainment Tonight, https://www.etonline.com/meet-the-woman-who-spent-30000-on-plastic-surgery-to-look-like-meghan-markle-and-see-her-results The Insider, Telemundo, Daily Mail, the Mirror, the Sun, the New York Post, and our friends at ABC Nightline.

“Meghan Markle is arguably the most famous of all the royals at the present time. She is always in the news and she is very pretty, like the actress Grace Kelly when marrying the Prince of Monaco. Many women want Meghan Markle’s nose and cheeks, she has quite an attractive face and a pretty body. Meghan Markle is so much in the news right now, she’s probably number one even above Kim Kardashian. Xochi started really pretty, it’s a lot easier to take a patient from A to C, than A to Q, all she needed was refining,” said Houston plastic surgeon Dr. Franklin Rose. Suits Her! 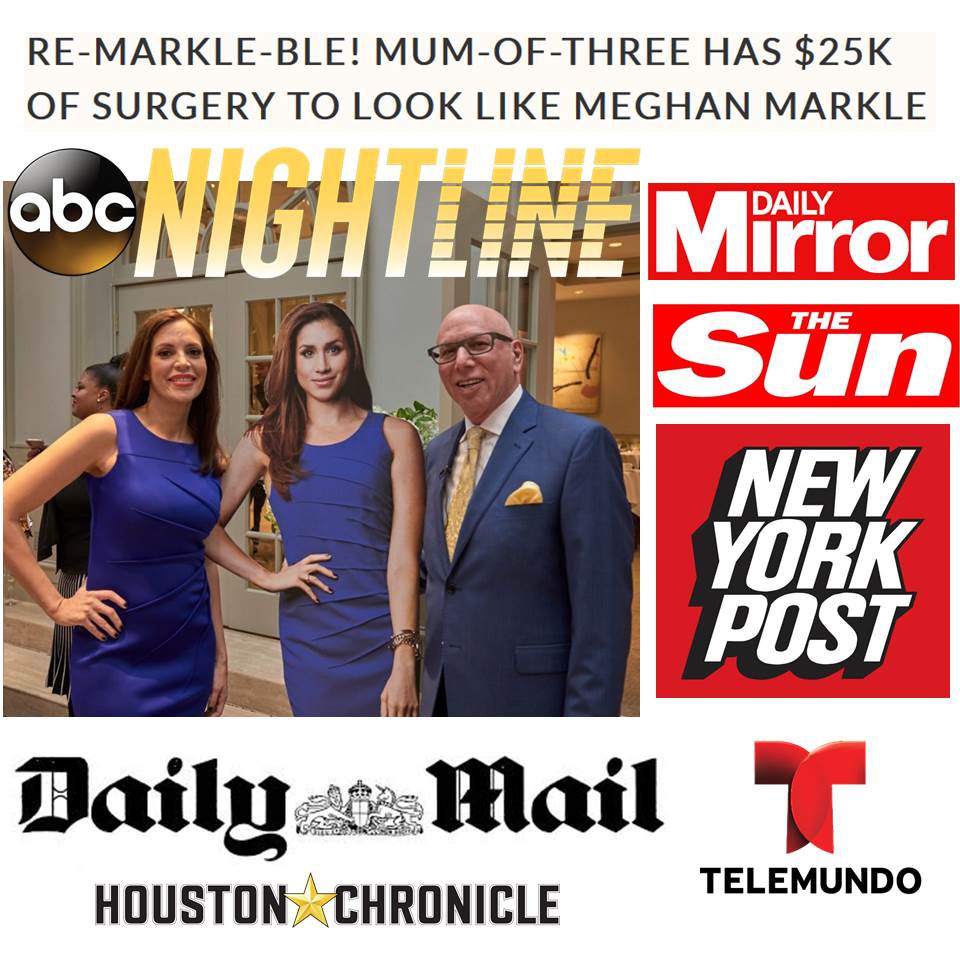 Xochi G., 36, from Houston, Texas, has undergone various plastic surgery procedures to emulate Meghan, 37, including having lip fillers and a nose job in Houston. She has also undergone liposuction on the stomach, inner and outer thighs, a BBL: Brazilian buttock lift, filler injections under her eyes and to her chin and jawline area, and Botox injections all performed by Houston Plastic Surgeon Franklin Rose, MD. And after having all the procedures, the attorney says she now feels like a real princess. “When I look in the mirror, I’m happy again. I still see me, but a better version of me,” she said.
Read more and view the before and after photos: https://drfranklinrosemd.com/meghan-markle-plastic-surgery-reveal-dr-franklin-rose/