Via The New York Post – Melania mania has hit the plastic surgery world. Requests for the former model’s features have become so popular that Houston surgeon Dr. Franklin Rose has announced the “Melania Makeover.” Rose said he introduced the surgery once it became apparent that interest in Melania had eclipsed Ivanka Trump.
“I’ve have had many women visit my office wanting the ‘Ivanka look,’” Rose said in a press release. “So it’s not really surprising to see women now requesting to look more like Melania, who is simply gorgeous.” 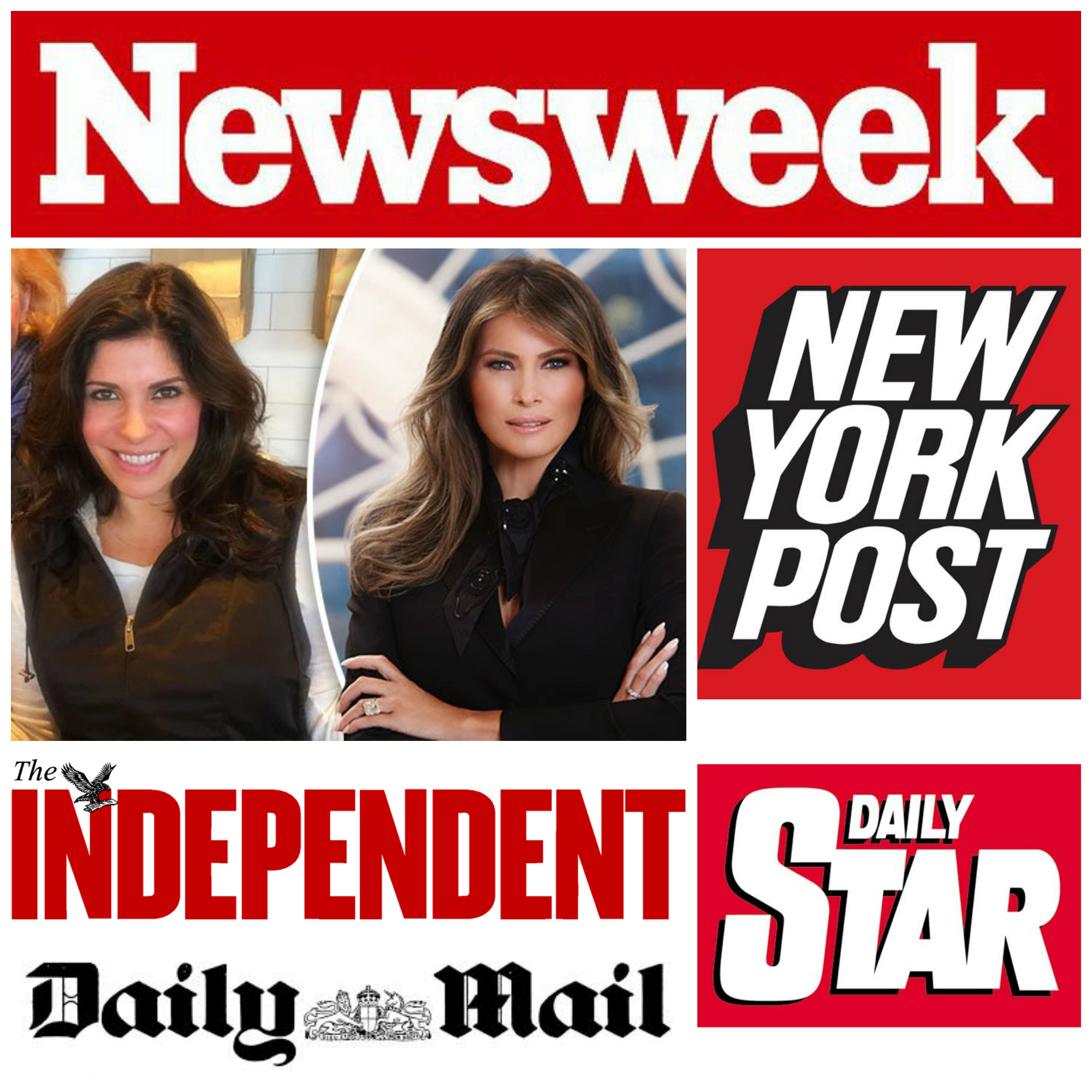 Sierra, who calls the first lady her “inspiration,” will share her plastic surgery journey on “Inside Edition.” https://nypost.com/2017/06/21/mom-undergoes-8-surgeries-to-look-like-melania-trump/ –  By Jackie Salo

Via NewsWeek: How to Look Like Melania Trump: Get Eight Plastic Surgeries, Like This Texas Woman – Rose said he wasn’t surprised by Sierra’s request to get a “Melania Makeover” so she could look like the former model. The plastic surgeon, who is based in Houston, has previously performed surgeries on a number of women seeking to resemble the first lady’s stepdaughter Ivanka.
Back in 2016, Rose helped two women in Texas reach their goals of looking like Ivanka, the president’s oldest daughter.
Tiffany Taylor spent roughly $60,000 to achieve the “Ivanka look,” undergoing various operations that included cheek injections, a mini eye lift, chin lift, liposuction, rhinoplasty and breast augmentation.
“I see perfection,” she told ABC back in November. “Absolutely stunning perfection. It’s like an art piece; it has high points and some love. It’s really pretty.”
Jenny Stuart received a nose job, breast implants, injectable face fillers and liposuction, which was harvested for fat for a Brazilian butt lift, in effort to look like Ivanka. Stuart’s makeover cost her a cool $30,000, including a surgeon discount for appearing on TV.
“Honestly, if she was running I would absolutely vote for her,” Stuart said at the time. “I was impressed with her when I saw her at the RNC. She looks amazing, and she’s just very classy pretty, which I admire.”
Even women in China have gone under the knife to look like members of the America’s first family such as Ivanka and other celebrities. https://www.newsweek.com/melania-trump-makeover-plastic-surgery-627999 By Janice Williams
Via the Independent: Never meet your heroes, it can only lead to disappointment. But what about looking like them? People changing their appearance to closer resemble the people they look up to or idolize is nothing new. We’ve had human barbies, Kim K superfans and more.
But this may the first story you’ve come across of a woman trying to appear more like America’s First Lady Melania Trump.

She went under the knife this week for a string of procedures – including a tummy tuck, liposuction, Brazilian butt lift and eyelid lift – that she hopes will help unlock her inner FLOTUS.Having previous had her nose done, Claudia is also getting a small revision rhinoplasty to fix a bump on the bridge of her nose, as well as a revision breast reconstruction after breast cancer surgery. Meanwhile off the operating table, she’s had a number of injectables done this month, including fillers and botox to smooth out a few lines. She’s also due to put in some coloured contact lenses and get her makeup done just right so she can look as close to Melania as possible for her big reveal.
“I’m ready, I want to feel as good as I do on the inside, on the outside,” she says.
“Melania for me illustrates power and strength; she is our First Lady and I am looking forward to more closely resembling her and becoming a better version of me.”
According to her plastic surgeon Dr. Franklin Rose, Claudia is part of a growing trend of women after the Melania look.
Interestingly, the First Lady takes over the mantle from her step-daughter Ivanka, who used to be the go-to Trump girl for cosmetic inspiration. By  Bianca Soldani

Via The Daily Star: Melania makeovers surge as women flock for First Lady looks with plastic surgery – HER husband’s approval rating may be crashing, but people are so crazy about Melania that they want surgery to prove it.

In fact, Dr Rose says he will perform “Melania Makeovers” to keep up with demand.
The plastic surgery craze for Ivanka Trump makeovers is already well known. So the fashion for the First Lady look is no surprise for plastic surgeon Dr Rose.

Is Melania Trump the HOTTEST first lady ever?

There have been stylish first ladies throughout the history of the US, there have even been first ladies who were ex-models, but is Melania Trump (née Knauss) the hottest? “I have had many women visit my office wanting the Ivanka Look,” the Texas-based doctor said. So it’s not really surprising to see women now requesting to look more like Melania.” https://www.dailystar.co.uk/news/latest-news/624295/melania-trump-plastic-surgery-makeover-ivanka-dr-franklin-rose-texas – By Michael Havis
Houston Celebrity Plastic Surgeon Dr. Franklin Rose is well known for his work on the hit reality TV show MTV’s I Want a Famous Face and and for helping aspiring actresses and models look more like their favorite celebrities such as Ivanka Trump, Jennifer Lawrence, Lindsey Lohan, Megan Fox, Pamela Anderson, Carmen Electra, and Jennifer Lopez among others.
.

Stay tuned for Claudia’s BIG REVEAL following her “Melania Makeover” on Inside Edition in the Fall!